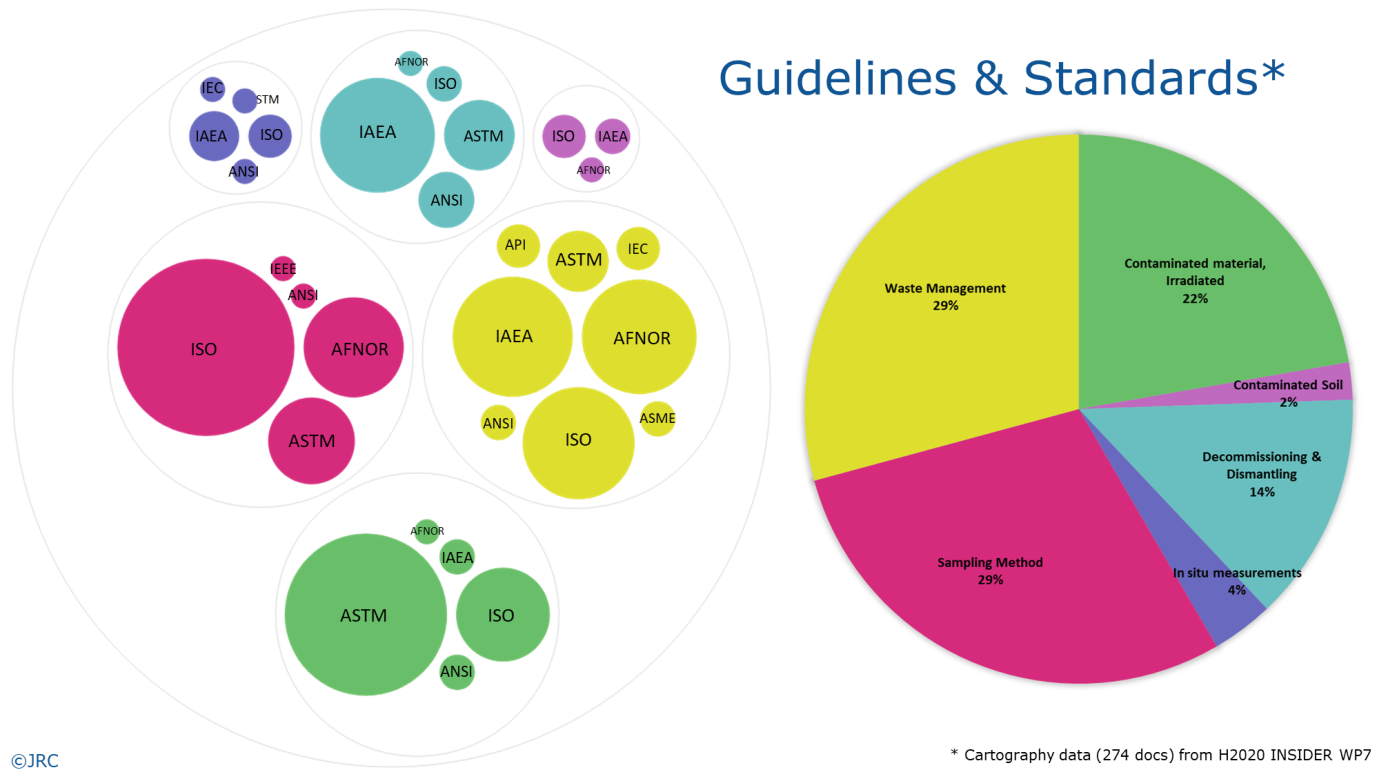 As one of the INSIDER partners, LNE collaborated with AFNOR to establish a mapping of existing standards directly linked to INSIDER’s topics.

More than 270 documents have been identified from:

Many keywords and terms were used in order to cover INSIDER’s activities, such as decommissioning & dismantling of nuclear plants, contaminated soils and materials, radiological characterisation, in-situ measurements, sampling strategy & statistical approach, and radioactive waste characterisation, among others.

Mapping existing standards is a key outcome of the INSIDER project as it will contribute to achieve the establishment of common methodologies to deploy reference guidelines in the framework of decommissionning and dismantling of nuclear facilities. Until the end of the project and on the basis of existing standards, INSIDER partners will work on defining an overall strategy to disseminate INSIDER’s results to relevant standardisation commission for updating already existing standards or to propose new ones.

The full list of identified standards linked to INSIDER will be soon available online in a public report.