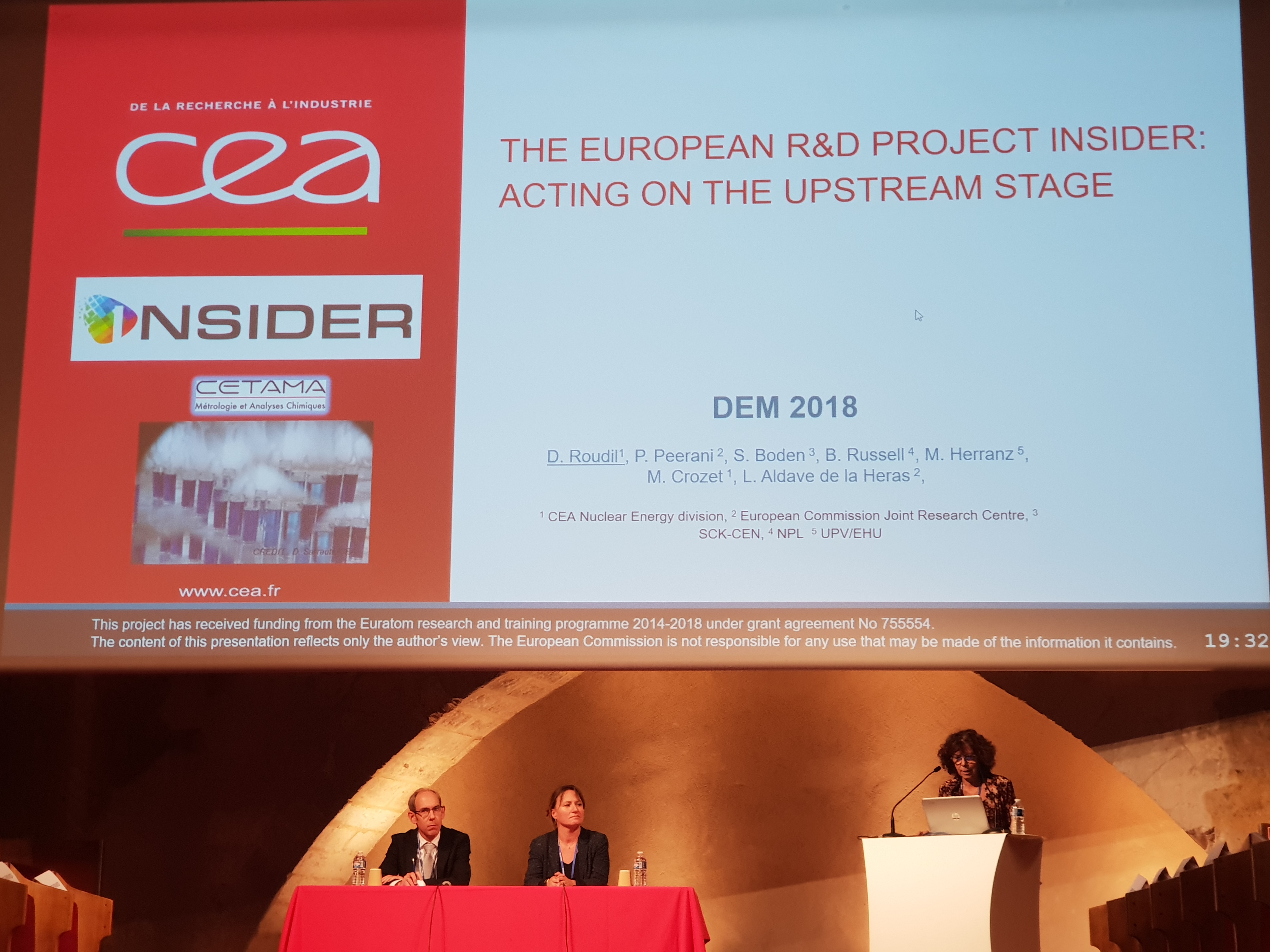 From 22-24 October, the international DEM conference took place in the French city of Avignon. Organised by the French Nuclear Energy Society (SFEN), this event was titled “Dismantling challenges: industrial reality, prospects and feedback experience”. It gathered more than 480 participants coming from 26 different countries. Several INSIDER partners attended it and gave presentations about the project itself and its future outputs during a specific session called “Dismantling Strategy, Program Development”.

Furthermore, Sven Boden, from the Belgian nuclear research centre SCK-CEN, explained the integrated characterisation methodology based on a sampling design and data analysis strategy, which is developed in INSIDER, in his presentation about “R&D within the BR3 PWR decommissioning project”. Currently under dismantling, the Belgian Reactor 3 (BR3) will serve as a sample-basis for the second case study which will be conducted in INSIDER and which will involve performing the characterisation of a nuclear reactor’s biological shield. At the DEM 2018, Sven Boden explained the different objectives and constraints dealing with the INSIDER case study n°2 while developing the method and approach followed. One of the state-of-the-art approaches being helpful for developing the methodology, was a non-destructive method for contamination depth determination in building structures that has been developed and tested within the EMRP MetroDecom project (2014-2017). This project addressed the needs of the decommissioning process by the development and implementation of new radioactivity measurement techniques, instruments, calibration standards and reference materials. It also ensured that knowledge was transferred to regulators, the nuclear industry, instrument makers and standardisation bodies, thus supporting the “safe” decommissioning of European nuclear facilities. 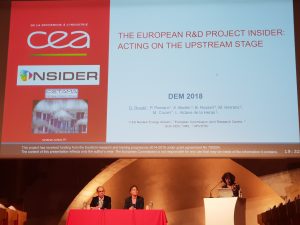 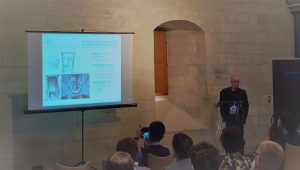