Presentation at the EURADWASTE conference 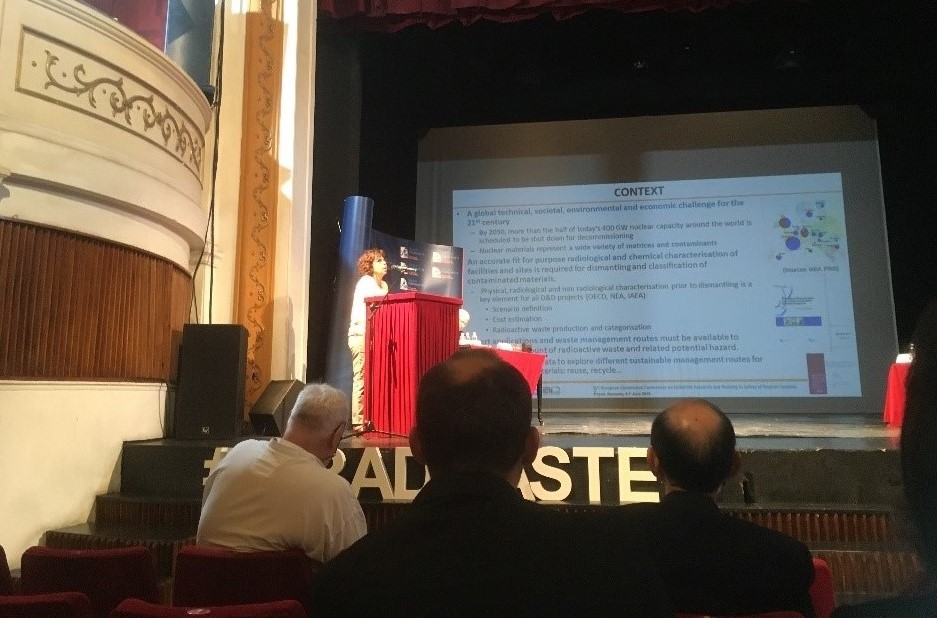 Taking place in Pitesti (Romania) from 4-7 June 2019, the EURADWASTE international conference was organised by the European Commission in a context of a decarbonisation of the energy and energy mix. The support for the development of nuclear energy in the energy mix remains a priority in Europe. The European Union is the world’s leading player in the deployment of standards and directives. Among the challenges of the coming years, the transformation of R&D successes into industrial achievements and the valorisation of applications are in first place. The attractiveness of our professions, the maintenance of skills and the promotion of researchers, as well as education are all concerns that also deserve support on a European scale.

The main objectives, methodologies and progress made in the INSIDER project were presented in a session titled “Predisposal and disposal technolology development”. Through the methodology supported and the dissemination actions undertaken within the scope of the initial characterisation of sites in decommissioning, INSIDER is contributing to the European approach. More emphasis will be placed in the next half of the project on methodological guides and pre-normative aspects that will constitute the main operational data produced.

POST WRITTEN BY DANIELE ROUDIL FROM THE CEA AND INSIDER COORDINATOR